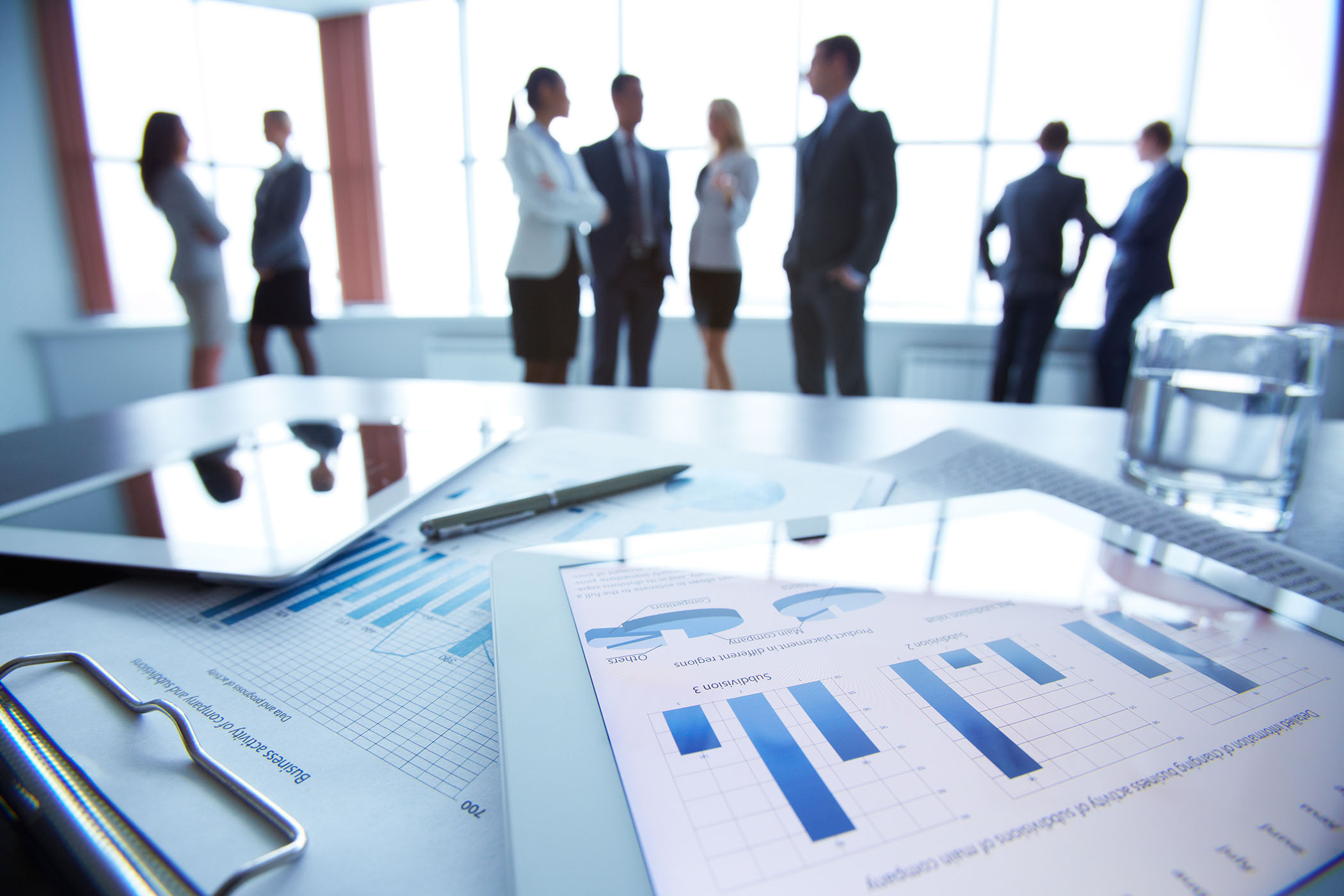 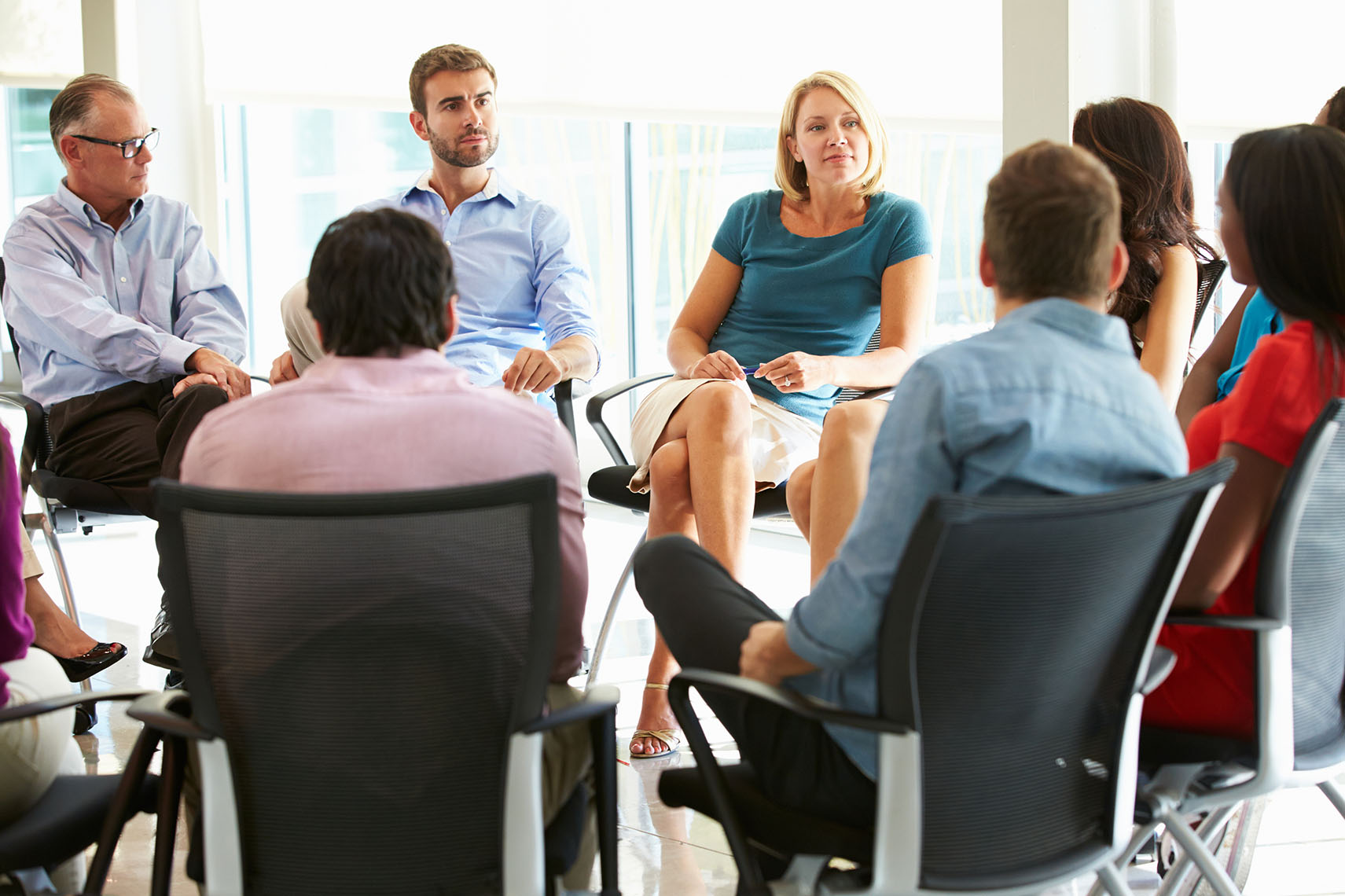 Executive Coaching, for individuals
or teams/organisations 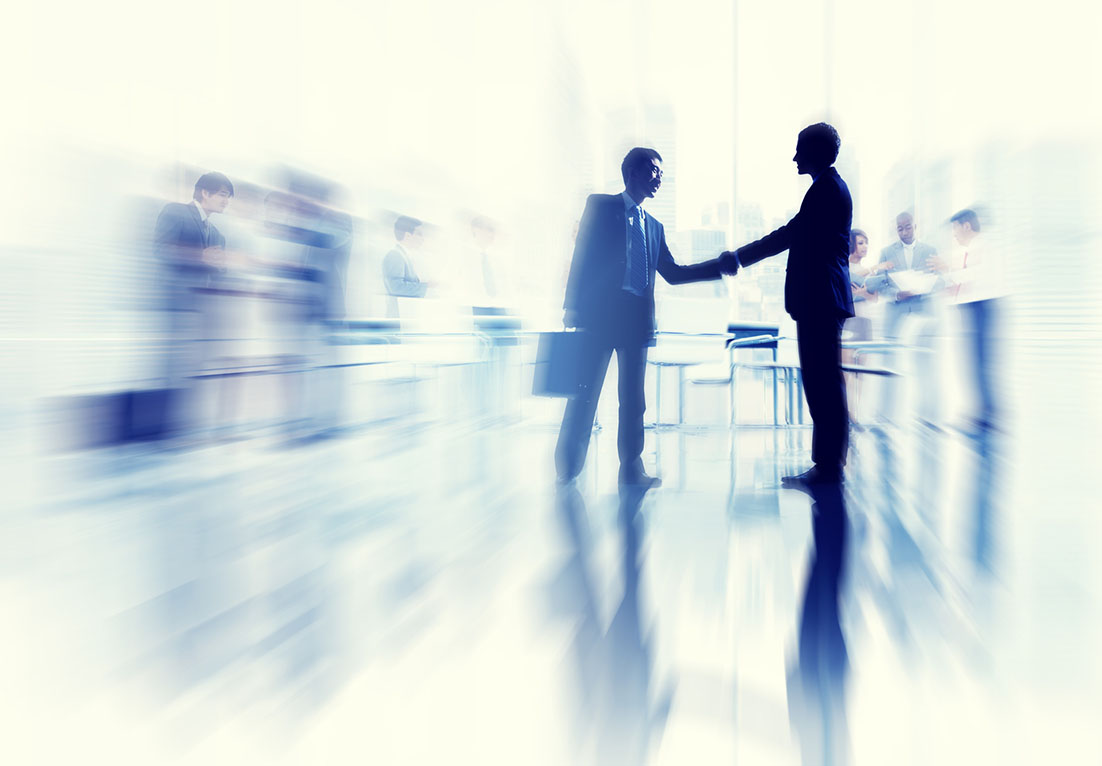 Behind the scenes of power:
Get more out of Europe 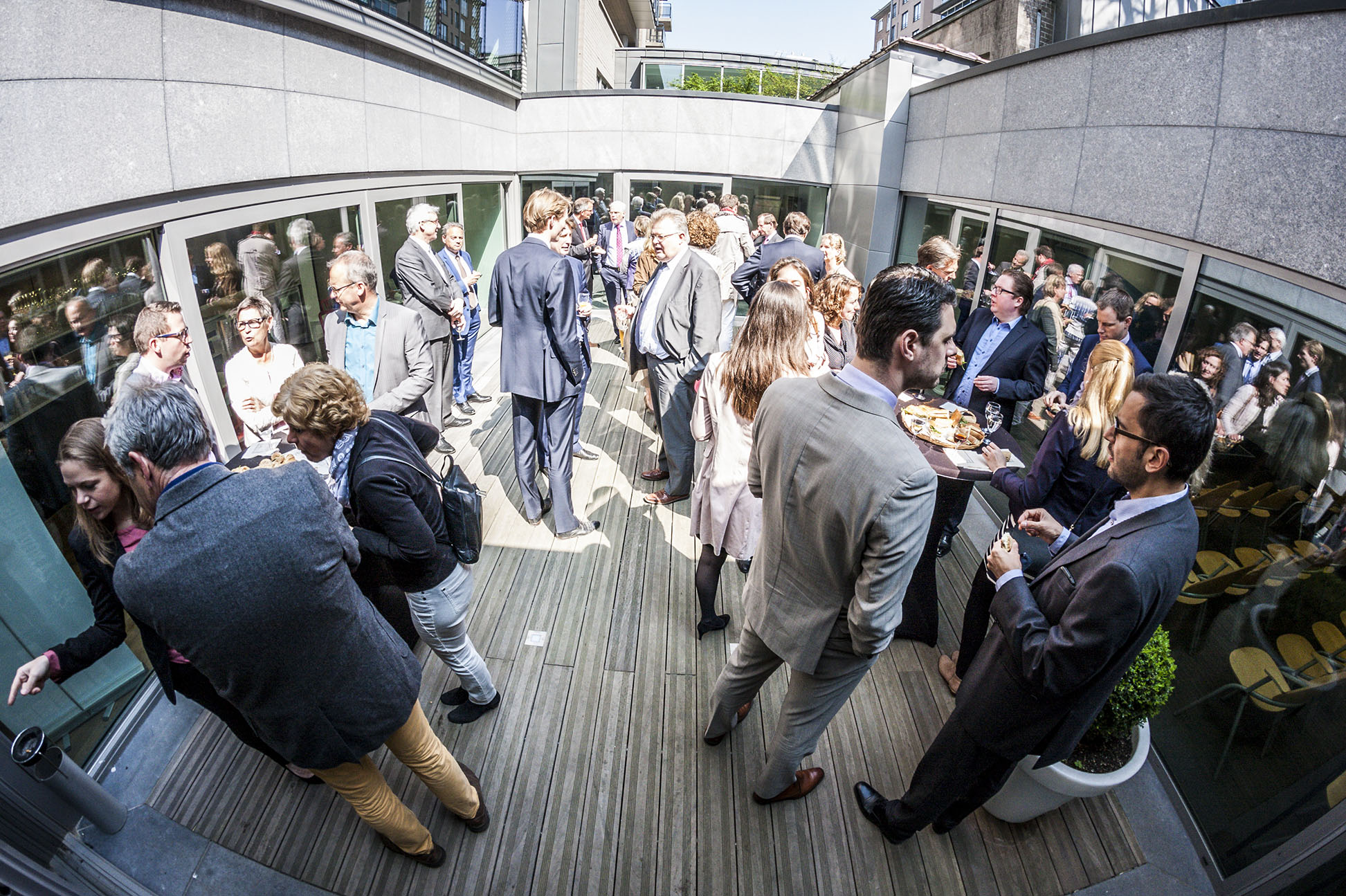 Flexible : in Brussels (my office),
in Barcelona or at your place/office

I have been advising multinationals, associations and NGOs for more than 20 years.

Now I have decided to share my experience and knowledge to fix issues that you or your team are facing. By providing advice, by executive or personal coaching, training sessions on EU, lobbying, networking and resilience. By inviting you to charge your mental batteries at InZentive in Barcelona. Or by writing and speaking about my vision on Engaging Europe. An effective Europe that engages people through delivery and trust. For at the end of the day, everything is about people. This is all about you.On this website you can find information about what I can offer you.

Stedman Graham, Joseph Oubelkas, Charles Ruffolo and Wytze Russchen team up to inspire and motivate you to the power of Resiliency by realizing, ‘’It’s All About You.’’

Each dealt with extreme difficult situations; been confronted with despair; stretched to their limits; recovered from adversity and discovered “Who they are!” Each has written a book which is used during the Seminar to ultimate how they found themselves and the resilience to success in their lives.

After graduating at the University of Groningen (Masters in International Relations) and completing two Brussels-based internships, Wytze started working in the European Parliament. First as policy assistant to the liberal ALDE Group and later as political adviser to Willy De Clercq, Member of the European Parliament, ALDE President and Belgian Minister of State. Wytze assisted Willy De Clercq, former – threefold – deputy Prime Minister of Belgium and European Commissioner (Delors I), first in his capacity as Chairman of the Trade Committee and, after that, the Legal Affairs & Market Committee.

In 1999 Wytze became Press and Parliamentary Officer at BUSINESSEUROPE, the voice of European business. As of 2001, he performed similar functions (spokesman and lobby) for the Dutch employers’ association VNO-NCW, both in The Hague and Brussels.

As Senior Adviser European Affairs, Wytze Russchen returned full-time to Brussels in 2004, charged with the Dutch EU Presidency, followed by a secondment to FEDIL, the Luxembourg employers’ umbrella, during the Luxembourg Council Presidency in 2005.

In 2005 Wytze founded Russchen Consultants, a lobby ’boutique’ providing advice and support to multinationals, NGOs and associations on government relations, PA/PR, communication and events. Wytze has served for seven years as the Conference Director of the European Business Summit, responsible for content and programme, bringing together yearly 2.500 political and business leaders. For almost a decade Wytze has been consultant to BUSINESSEUROPE as the Manager of the Advisory and Support Group, which grew from 18 corporate members in 2005 to 69 members in 2015. Wytze was also the Director of three EC-funded pre-accession projects (BOSMIP II/III/IV), bringing EU and CEEC business (and civil society at large) communities closer together.

Wytze sold Russchen Consultants in 2014 but continues to advise a (limited) number of clients with his new company Access2Europe. He was candidate for the European Parliament (1999 and 2004), author of three books: ‘Het Oliemannetje – Toplobbyist in Europa’ (2014), ‘#Post uit Brussel’ (2015) and ‘The Fixer’ (2016), blogger and lecturer/speaker/moderator at events and lobby courses.

Wytze founded Dutch Network Brussels and was the driving force behind a vast range of professional & societal networks, such as ‘Dutch-EU CEO Industry Table’, ‘Politiek Café’ and ‘Crazy Orange’.

Wytze Russchen has been elected in 2015 one of the ten most influential Dutch people in Brussels. In 2016 he was Knighted by H.M. King Willem-Alexander of The Netherlands. 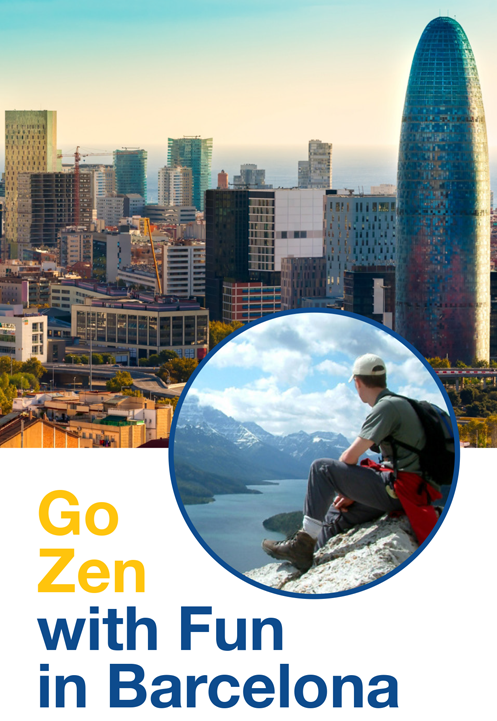 For those who haven’t bought/read ‘The Fixer’ yet, please read the review by former BBC Anchorman, Deutsche Welle and Bloomberg TV Host, Award-Winning TV Interviewer and bestselling novelist Tim Sebastian:
« Adviser, spokesman, bodyguard, bulldozer!
Wytze Russchen dissects the good, the bad and the incredibly strange characters at the heart of the EU’s most powerful institutions.
Raw, funny, intensely personal, opinionated and always politically incorrect.
Russchen is an immensely colourful character in a sea of grey suits, stripping away the rhetoric and exposing reality.
Don’t do business in Brussels without reading this first. »

I bought the original (Dutch) version of this book when it was officially presented in a Brussels pub back in 2014. I even got it signed by the Author, something for which I am eternally grateful, as when the day comes I put it up for auction, Saudi princes will try to outbid each other to obtain my precious copy.

Because indeed: this isn’t just a book. In fact, this is the most significant contribution to literature ever since Anonymous penned down the Bible. The book is baptised « The Fixer », yet « The Messiah » would have been a more appropriate title, as its Lead Character wanders through the vast deserts of the EU political landscape, trying to find The Truth and Himself (The Author isn’t shying away from the idea that these two might be one and the same thing), whilst hoping to convert a few heretics along the way, being effective in doing so by consequently replacing water by wine.

What people are saying

« I bought the original (Dutch) version of this book when it was officially presented in a Brussels pub back in 2014. I even got it signed by the Author, something for which I am eternally grateful, as when the day comes I put it up for auction, Saudi princes will try to outbid each other to obtain my precious copy. »